Since Tesla rolled into the market in 2008 and turned electric cars into something cool and new, interest in electric and hybrid cars from consumers and car manufacturers has exploded. Where we at with the electric motorhome or campervan market? How far have we come?

On the camping side, it has also started to move in recent years and interest in electric motorhomes and campervans is rising. In this article, we take a closer look at what is on the market today, what awaits around the corner, as well as some of the issues that manufacturers and do-it-yourself fixers grapple with. 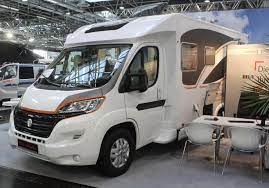 Since the world premiere of Iridium at the CMT trade fair in January 2019, a lot has happened. The motorhome, which is similar to an ordinary motorhome, received harsh criticism for an overly limited range. That problem was fixed with the help of improved battery technology and the new version that came on the market in 2020 appears to have a range of 400 kilometres. They come in at 4 to 4,8 tonnes so some license modifications are needed to drive one in the UK and with only 30 cars produced in 2020, however, it is not a product for the broad market and with a starting price in Germany of about 170,000 €, most people are probably looking at other alternatives. 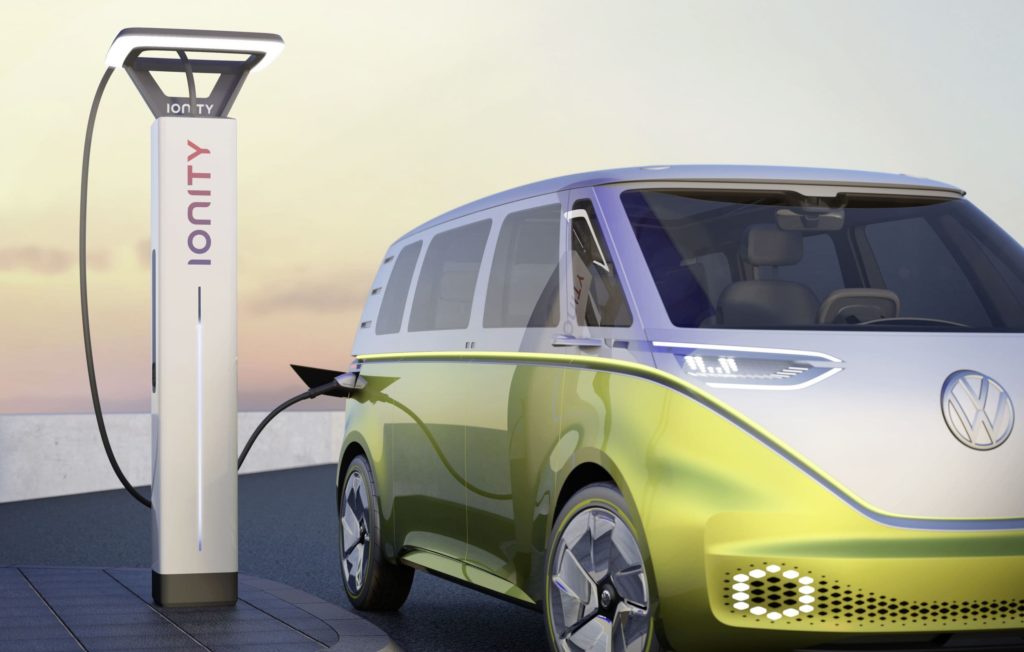 There has been a lot of talk about this electric campervan / car in recent years. The slightly futuristic design follows the ID3 and ID4 design language and has divided the T1 lovers in a gorge as deep as the Grand Canyon. Accordingly, VW is now ready for series production, but no official release date has been announced yet but you can be kept up to date with announcements on the VW Website here at  www.volkswagen-vans.co.uk 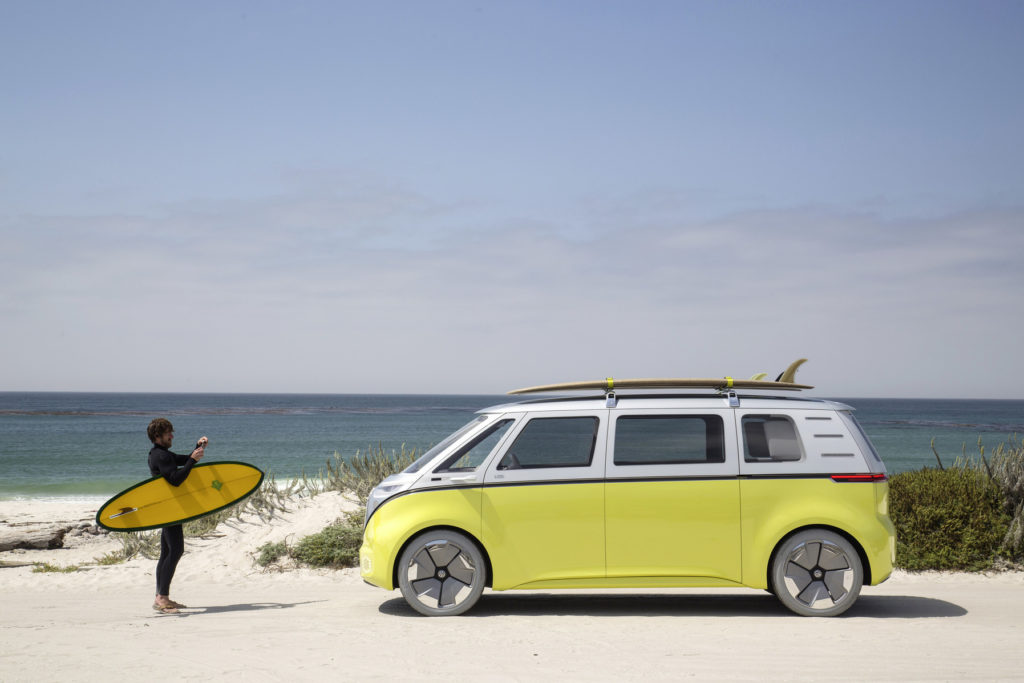 The new Mercedes EQV is based on the classic Marco Polo design and promises 350 km range on one charge (90 kWh), as well as a 10% -80% charge in 45min. The price at the time of writing has not been determined. 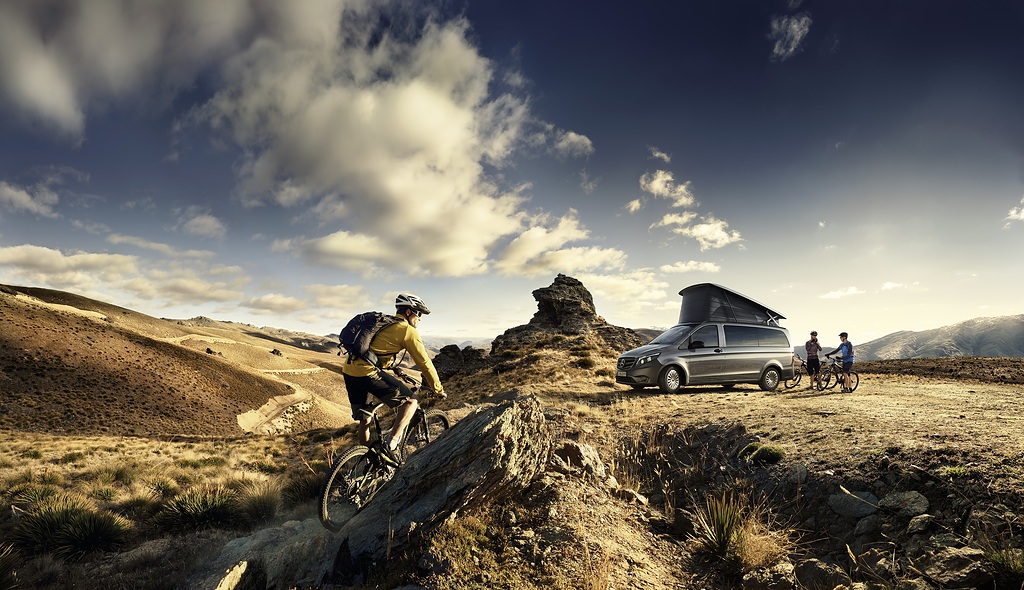 Nissan has been working with electric cars for several years and the e-NV200 electric campervan is one of the latest additions. This is originally a van that Nissan offers bodywork and body conversion for, either directly from the factory or via a certified partner. As this is a conversion designed and validated by Nissan, it is covered by the same new car warranty as other cars and prices new can be around £40,000 before conversion costs so could come in around £55,000 although there is a used market available to bring these costs down dramatically. We found a 2017 converted model with 30k miles for £26,995 which is fully electric (but still has a duel fuel hob) on www.motors.co.uk 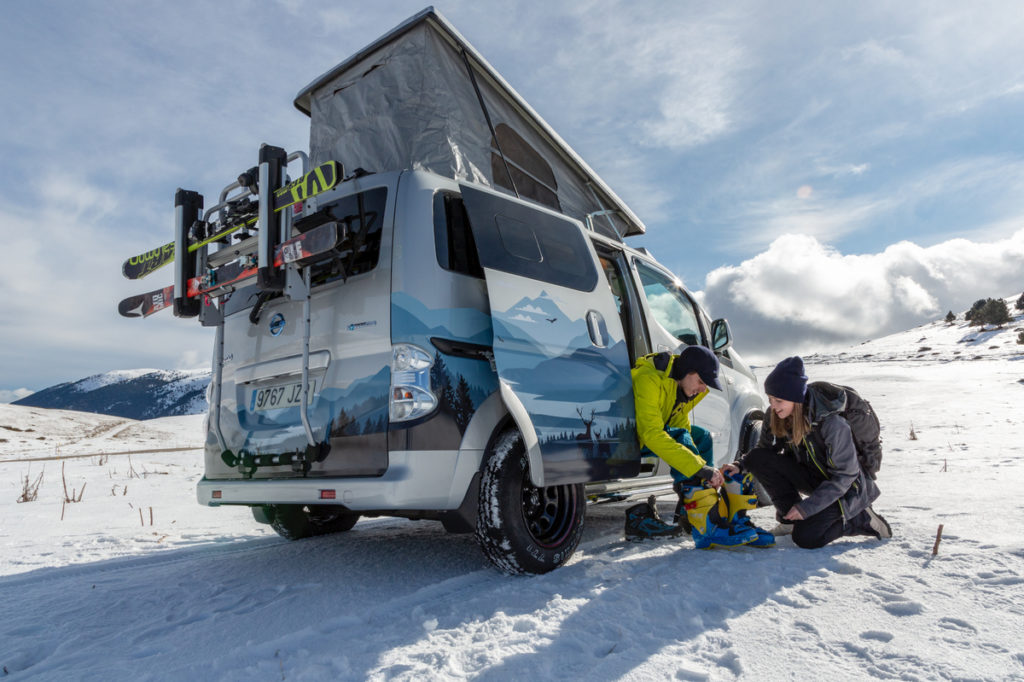 The extensions give the car a pop-up roof and awning with room for up to four people. The car is also equipped with a hob, refrigerator, sink with running water and generous storage space. The driving distance is limited to 124m, so it is not well suited for the trip down to Europe but it’s an encouraging development

Problems and challenges with electric motorhomes

If we look at passenger cars, in principle all manufacturers gradually have at least one model series with pure electric drive. However, for many manufacturers it is still a question of first-generation electric cars and even though sales have increased sharply with 108,000 EV’s sold in 2020 up from 38,000 in 2019 and now around 7% of total new sales in 2020. So ordinary passenger cars first, and recreational vehicles later.

Another explanation is the problem of load weight. With ordinary engines, it has been a challenge to get a sufficiently large load weight on the motorhome and at the same time keep the total weight below 3500kg. Electric motors certainly weigh less than internal combustion engines, but if you want to reach a reasonable range, you need to put in large batteries that weigh at least the same, often more.

Reach is another challenge. For most passenger cars, you can handle the daily needs well during a charge. For motorhomes and camper vans, the use looks a little different. Here you often transport longer distances at a time and the range becomes more important. At the same time, motorhome holidays for many are associated with freedom and camping, where daily access to electricity is not always obvious.

A third challenge related to both weight and range is price. The more batteries you put in, the heavier the vehicle will of course be, but it also affects the price to a great extent. Many of the current e-versions of vans and campervans are nearly twice as expensive as the petrol / diesel alternatives and without tax breaks this is going to prove an obstacle to growth.

The jury is out also about cooking and heating and whether you will need a duel fuel option to the drain that power would have on the battery. Fine if you are on a campsite to run an 240V electric stove and heater but probably not off grid so without huge battery power it’s going to be a challenge to be truly electric and off grid without gas.

We are currently quite far from mass-produced motorhomes and camper vans and it will probably take a couple of more years before the volumes reach levels that make them profitable to manufacture.

As with all new technology, it has to start somewhere – and it must still be said that it’s started. We also know in technology that things are usually going faster than expected, and that the capacity of, among other things, batteries, is improving year by year.

Political decisions can also be a contributing factor to the green transition gaining momentum. Amongst other things, it has been opened up at EU level for the member states to introduce new rules regarding the maximum total weight for B driving licenses for cars with zero CO2 emissions. So far, this only applies to transport cars, but a change to include motorhomes would benefit electric motorhomes that struggle with weight.

We look forward to doing a new survey in the future to see how far we have come – and not least to see how wrong we have been !

Camptoo is a market leader in renting private RV’s across Europe and UK vehicles can be found at www.camptoo.co.uk

We hope you’ve found this blog informative. You can find more helpful travel tips in the rest of our campervan blog and campervans and motorhomes to hire in the UK on our website